ENCODYA Save the World Edition-GOG

The “Save the World” edition includes ENCODYA, the official ENCODYA soundtrack, a lovingly designed artbook, wallpapers and a Making of Video. In addition, Assemble Entertainment donates 10% of the revenues of this edition to the children’s charity “Plan International”.

The “Save the World” Edition is the best option for all those who would like to support the work of the developer of ENCODYA even more and do something good at the same time.

Neo Berlin 2062. Tina – a nine-year-old orphan – lives with SAM-53 – her big clumsy robot guardian –in a rooftop makeshift shelter in Neo-Berlin, a dark megalopolis controlled by corporations. Tina is an urban jungle kid, who has learned to live alone, scavenging from city dumpsters and eking out a living from scraps. Her funny robot is always with her, programmed to protect her no matter what.

One day, the little girl discovers that her father left her an important mission: to finish his plan to save the world from grayness! Tina and SAM embark on an incredible adventure across different realities full of bizarre robotic creatures and grotesque human beings. Through puzzles and exciting dialogues, they’ll find out the true meaning of being alive. 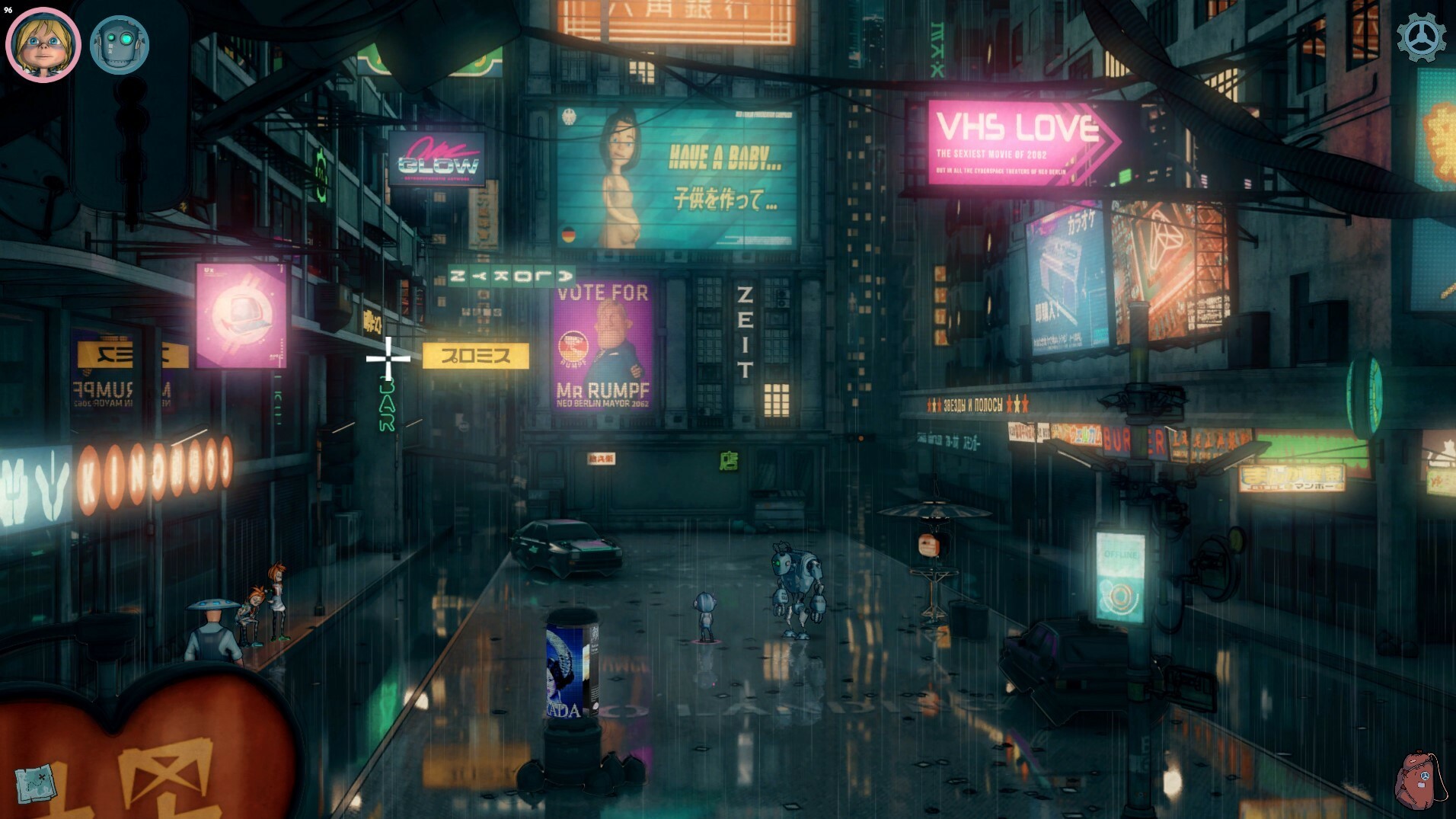 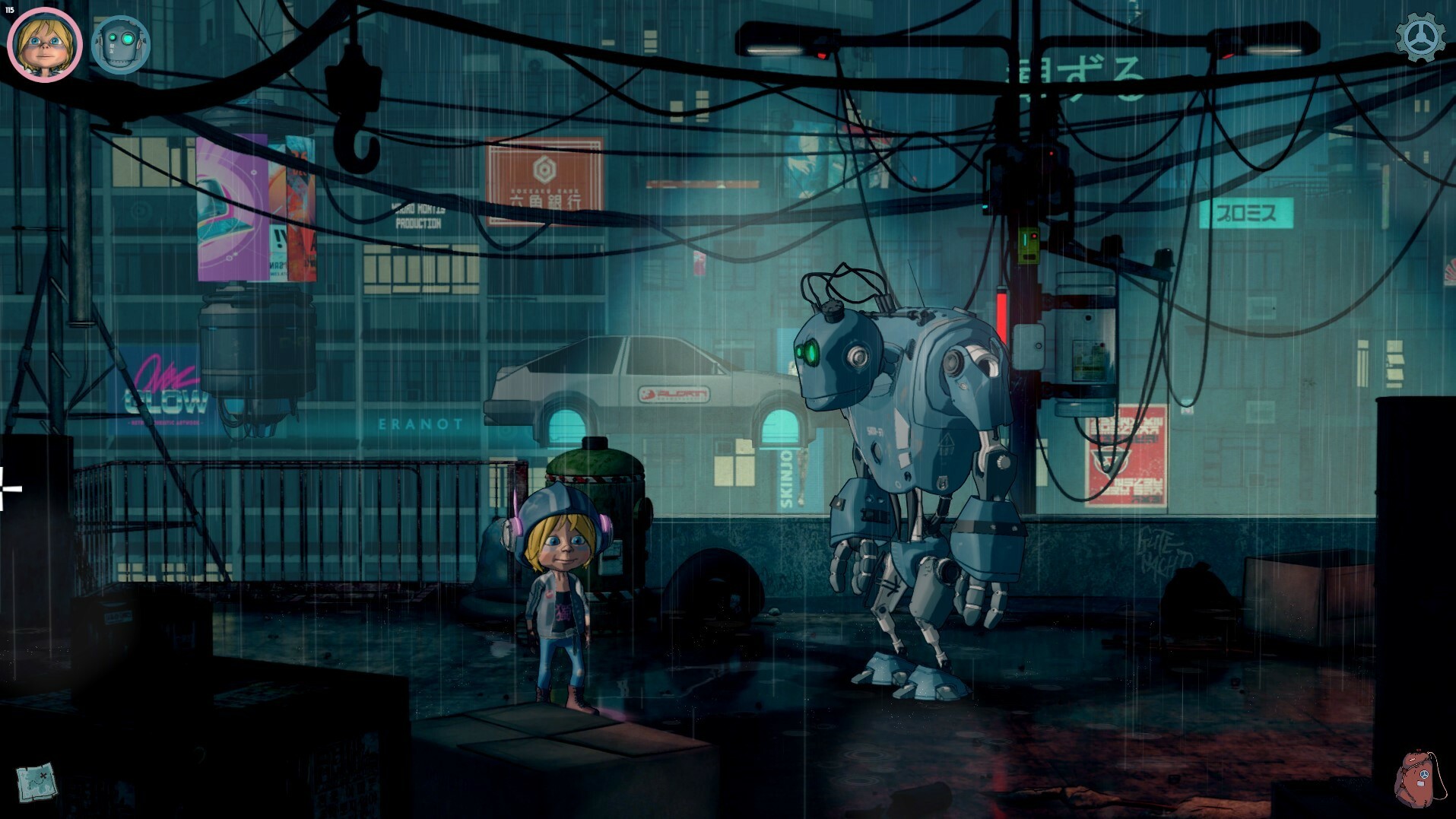 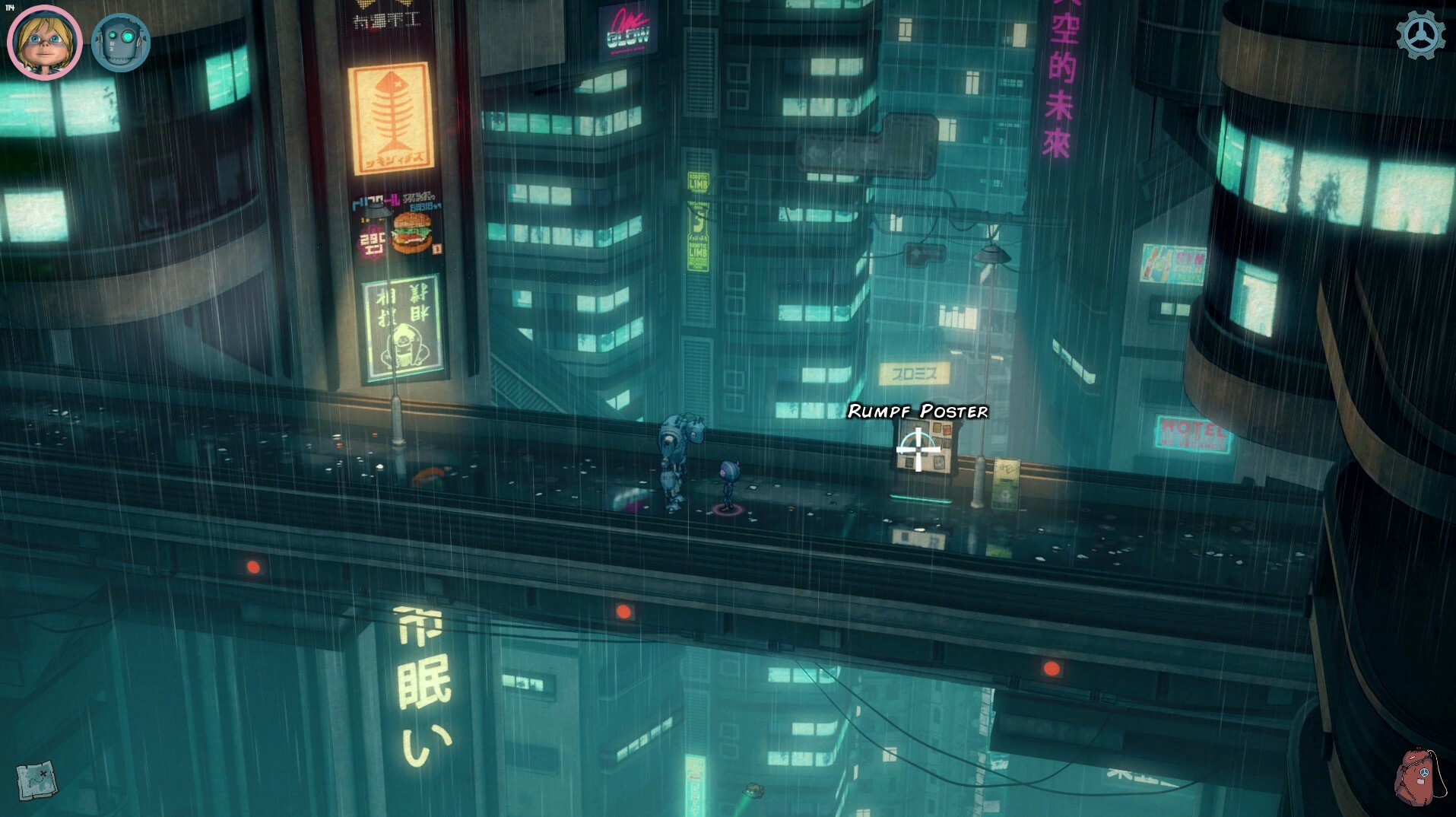 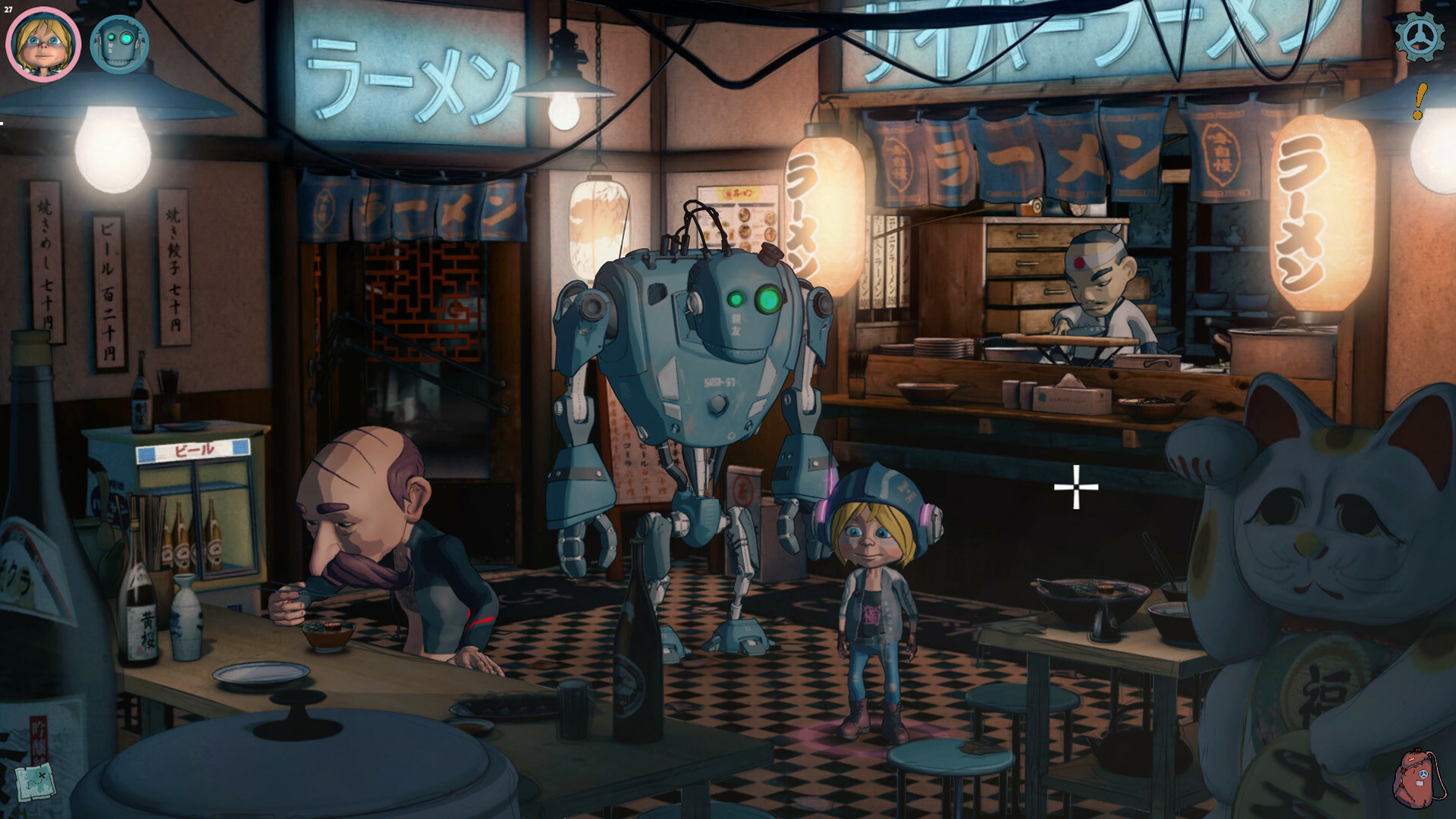 Note: The game is updated to version 1.09