Free Download The Lord of the Rings: Adventure Card Game Definitive Edition Repack PC Game – Build a deck of iconic heroes and challenge the forces of Sauron in this thrilling tactical card game. Travel through famous locations, complete story-driven quests and forge a new legend of Middle-earth on your own or with a friend in cooperative mode. But …

Build a deck of iconic heroes and challenge the forces of Sauron in this thrilling tactical card game. Travel through famous locations, complete story-driven quests and forge a new legend of Middle-earth on your own or with a friend in cooperative mode. But beware: the Eye of Sauron is searching for you. If you draw his attention, all will be lost.

Answer the call of untold adventures, face the dark forces of Sauron and protect the Free Peoples of Middle-earth. Allies will gather, foes will arise and so your journey begins.

The time has come for you to form and lead your own fellowship of heroes through three immersive story-driven campaigns, each with its own unique narrative and challenges.

Pick three heroes from some of the most emblematic characters of Middle-earth and build your deck around their specific abilities and powers. Each Hero has one of four spheres of influence, Leadership, Lore, Spirit, or Tactics, allowing you to play specific reinforcement cards while in-game. Choose wisely when building your deck and make the most of each of your heroes to get an edge over your opponents during the immersive campaigns. Set in famous locations across Middle-earth, you will enjoy hours of gameplay and choices to write your own adventure that will be sung for ages to come.

While your journeys may contain great challenges, taking advantage of your heroes and decks will earn you victory in battle. Sometimes combining the strength of multiple champions from the same Sphere of Influence to increase its power can help you overcome the swarms of enemies that you will face. You might need to rely on your heroes’ Willpower to increase your Fate Pool and trigger powerful abilities that can turn the tide of battle. There are many ways to win, you must find the deck and strategy that works for your fellowship!

Every quest will require you to experiment with strategies as you confront more and more terrifying foes, ranging from Giant Spiders to powerful dragons, even hordes of powerful Orcs! 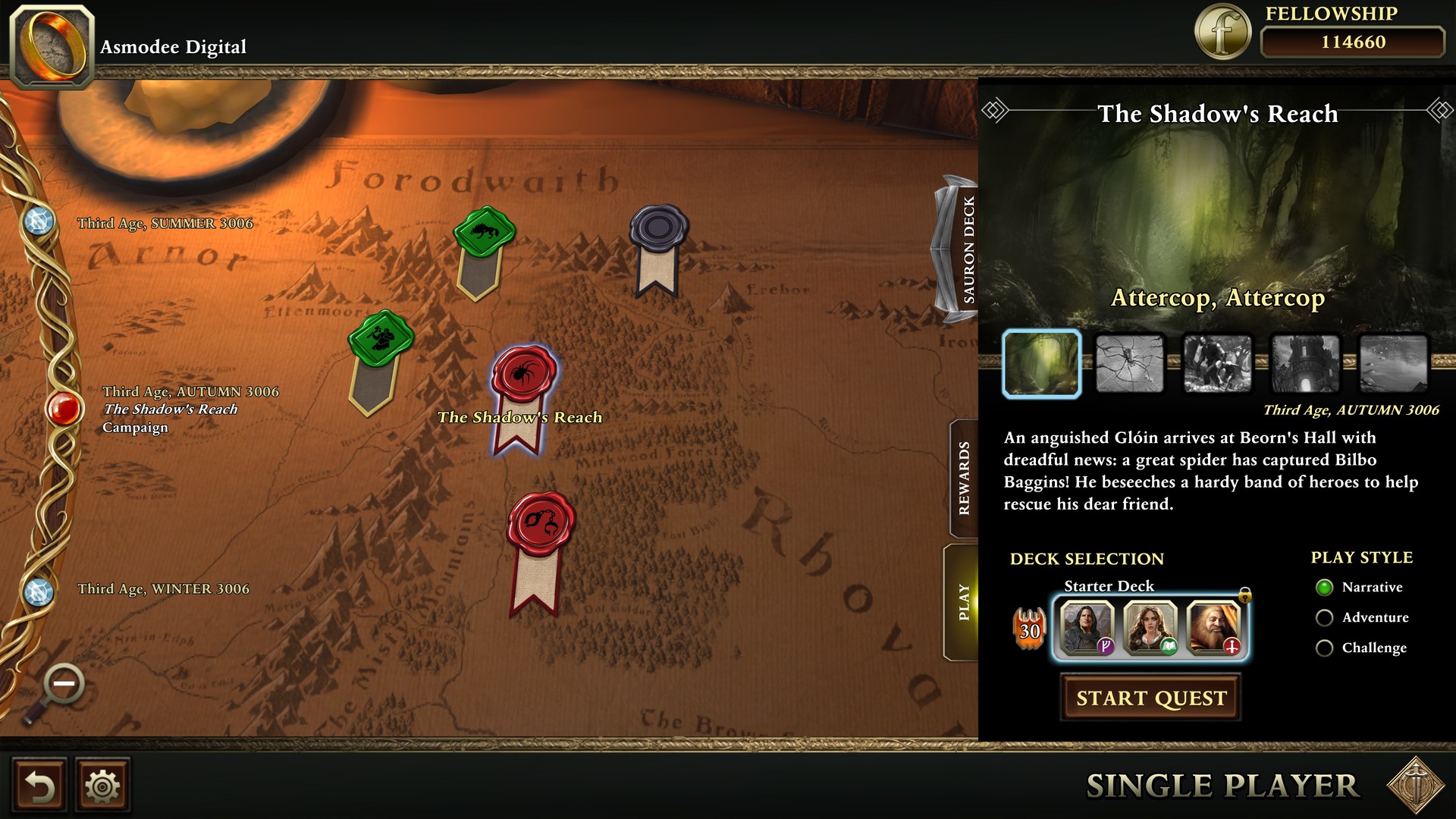 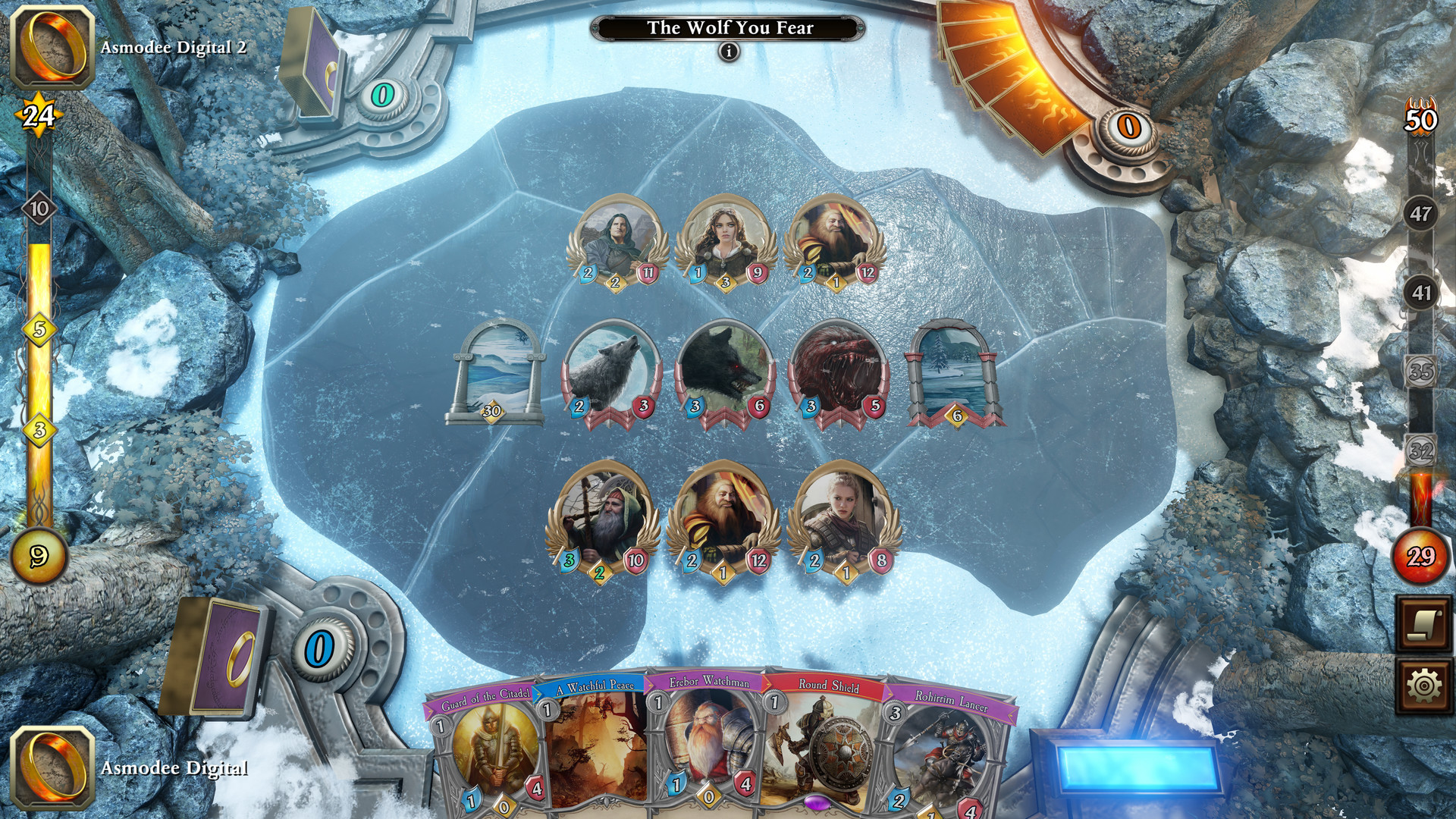 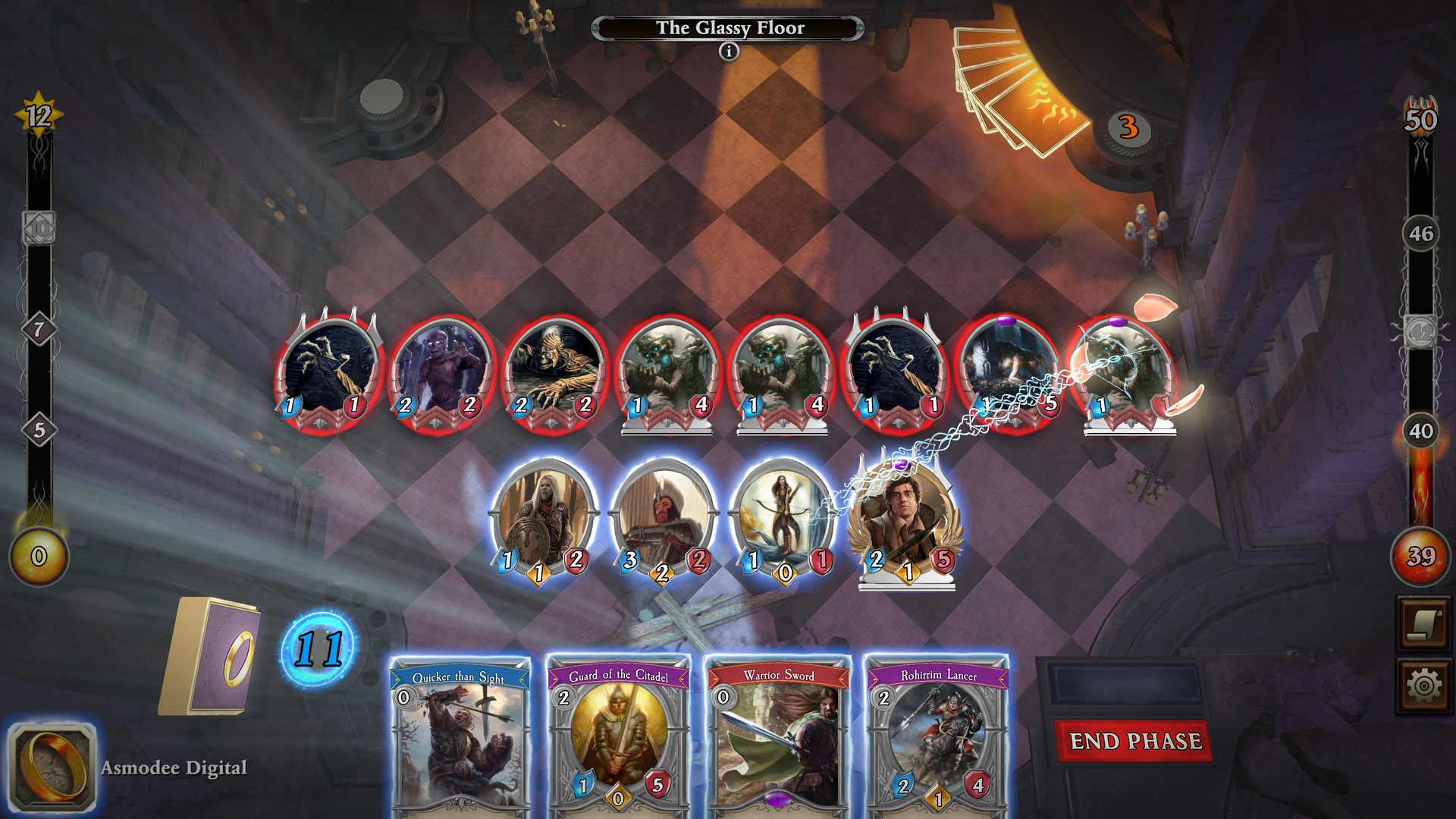 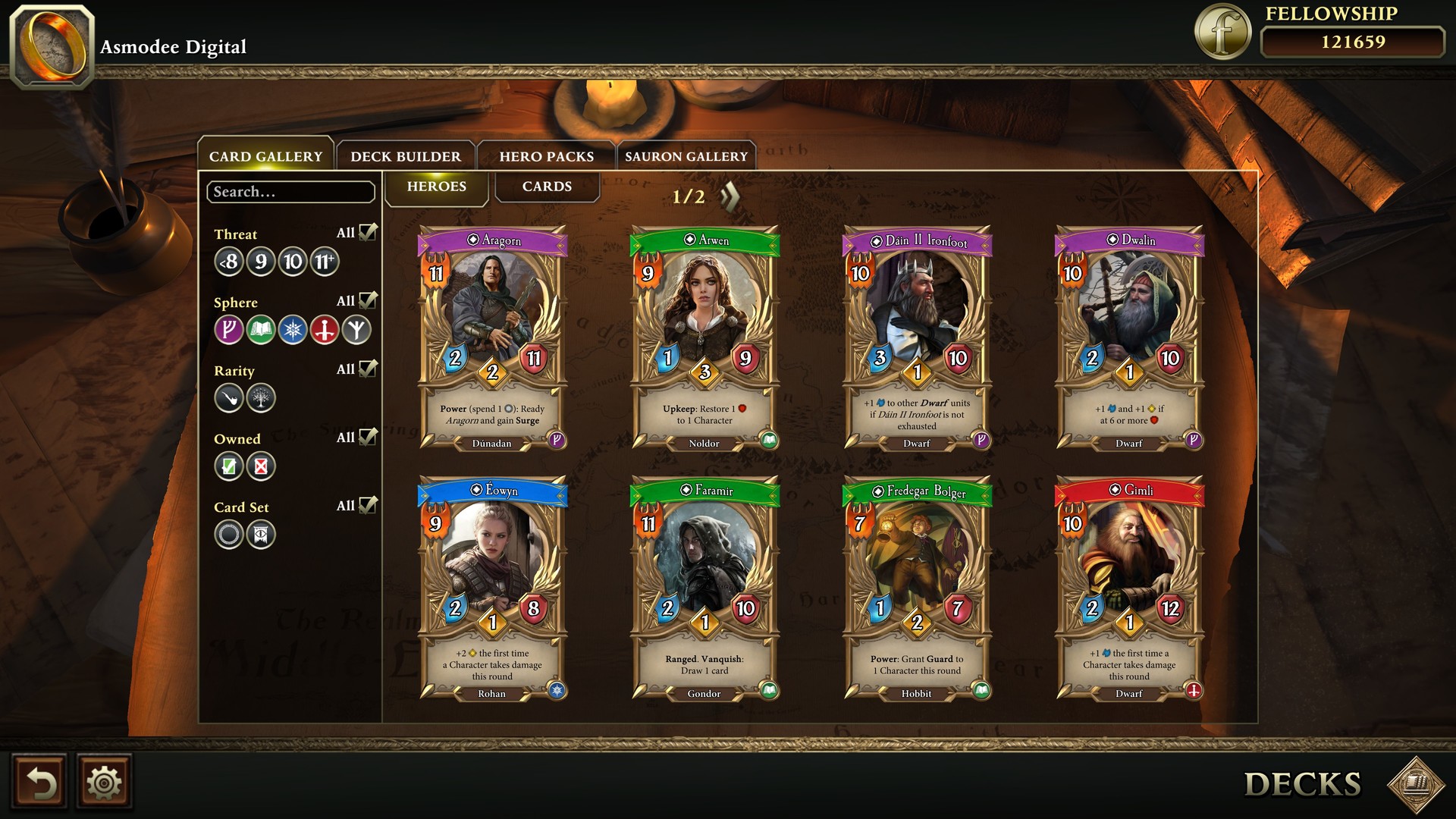